An elder law attorney helps seniors to protect their assets and to protect themselves from various types of abuse, including physical abuse and financial abuse. Unfortunately, many seniors are victimized by caregivers, by nursing home staff members, and by scammers who think that elderly people are easy marks. Being proactive in preventing fraud is vital for seniors, especially as elder abuse has reached epidemic levels. Mark S. Eghrari & Associates PLLC is here to provide assistance in the fight against abuse and can provide help to seniors who have been victimized. 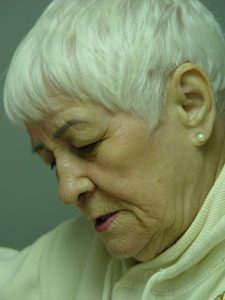 Seniors will be able to visit the website to report any scams that they fall victim to, and website visitors will be able to easily file online complaints if they are the target of a scam. Resources which are available to seniors- including claim forms to report scams – will be produced in a visually-friendly format. This will make it simpler and easier for all seniors, including those who are visually impaired, to be able to make reports of problems and to obtain help when help is needed.

Fighting financial abuse is vitally important because of the substantial losses seniors face. One study estimated that seniors in the state of New York lose at least a collective $1.5 billion annually due to scams that specifically target vulnerable elderly populations. Examples of some of the scams that routinely target seniors include the grandparent scam and IRS scam, both of which are telephone scams.

With the grandparent scam, seniors are called by someone who pretends to be their grandchild. The seniors are asked to send money by a “grandchild” who is in trouble and are asked not to call the parents. Of course, the money does not actually go to a grandchild. The IRS scam is another phone scam and it involves someone calling and pretending to be from the Internal Revenue Service. Seniors are told they owe money on their taxes and could face serious consequences, potentially including the threat of jail time, if they do not pay money right away.

Seniors are often coerced into buying pre-paid debit or pre-paid gift cards and giving the serial number and information from the cards to scammers who are then able to access the money and disappear with it. This leads to vulnerable older people losing substantial portions of their savings.

The launch of the website is just one way which the New York Attorney General is working to try to help fight financial fraud and financial abuse. The AG also participated in World Elder Abuse Awareness Day Programs in Jamaica New York, Cambridge Heights New York, the Hudson Valley area, and in Washington D.C. The Attorney General has also initiated legal proceedings against those who have committed financial fraud against the elderly, including a recent lawsuit that was filed against an investment advisor in Queens who was accused of defrauding 58 elderly New York residents out of millions of dollars worth of their money.

Getting Help from An Elder Law Attorney

Mark S. Eghrari & Associates PLLC can provide personalized assistance with making an asset protection plan and with taking other appropriate steps to fight financial and physical fraud and abuse of vulnerable seniors. To find out more about the ways in which our legal team can assist you, join us for a free seminar. You can also give us a call at (631) 265-0599 or contact us online to talk with an elder law attorney about what our firm can do for you.

What Tax Breaks Can I Get for Retirement Savings?
Next Post: How Your Family Situation Affects Your Plans for Your Legacy