Medicaid attorneys help you to create a plan to qualify for Medicare. Making sure you can qualify for Medicaid is important in case you require costly care that Medicare will not cover and that private insurance will not cover. While there are many limitations to Medicare, one of the biggest and costliest limitations is the strict rules in place regarding when Medicare will cover the costs associated with nursing home care. 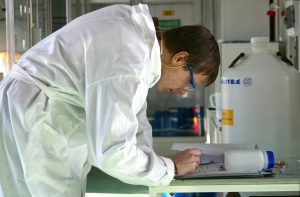 Because Medicare covers nursing home care in only a very limited set of circumstances, and private policies including Medigap policies also cover nursing home care only under very limited circumstances, many people end up needing nursing home care that Medicare will not pay for. When this happens, most people are forced to pay a substantial amount of money every month out of their own pockets unless they are able to get means-tested Medicaid to pick up the tab. This is why having a Medicaid plan in place is so important.  Medicaid attorneys at Mark S. Eghrari & Associates, PLLC  will help with the creation of your plan.

Making a Medicaid plan is vital because Medicare has so many limitations on when nursing home care will be covered that the vast majority of people don’t get any Medicare payments for nursing homes at all. Medicare not only restricts eligibility for nursing home care to paying for skilled nursing care — rather than basic routine care — but Medicare also has a so-called two-midnight rule that limits even this type of aid.

What is the Medicare Two-Midnight Rule?

The Medicare two-midnight rule is a rule that essentially stipulates that a patient shouldn’t be admitted to the hospital on an inpatient basis unless that patient is going to have to stay in the hospital over two nights. The patient’s visit should cross two-midnights, hence the name of the rule, before the patient is to be treated as an inpatient.  Because of this rule, many patients end up being admitted for observation status only. Doctors who aren’t confident that a patient will need to stay in the hospital may be reluctant to admit the patient on the basis of a possibility of an extended stay, such as in circumstances where a doctor thinks a patient might have complications after a procedure but the doctor is not sure if the patient will have complications or not. In these circumstances, a doctor who does not want to run afoul of the two midnight rule might end up just putting the patient in observation status.

This rule, in other words, makes it more difficult for a patient to get skilled nursing care and also makes a hospital stay more expensive for a patient. Those who are concerned about affording nursing home care or hospital care should work with Medicaid attorneys to determine if Medicaid could provide the coverage they need for healthcare and to make a plan to get Medicaid when they require it.

Getting Help from Medicaid Attorneys

Because Medicaid is means-tested, you need to make a plan to protect your assets while ensuring that Medicaid can cover the costs of care you need. Mark S. Eghrari & Associates, PLLC  can help. Our Medicaid attorneys have worked closely with many clients to determine if creating a Medicaid plan is necessary and to use the right legal tools to put a plan in place.

To find out more about the Medicaid planning process, join us for a free seminar. You can also give us a call at (631) 265-0599 or contact us online at any time to get personalized help making your Medicaid plan.

Top Estate Planning Mistakes
Next Post: How Medicaid Planning Helps Ensure You Can Get Essential Care as a Senior