Hauppauge Medicaid attorneys can provide you with help in understanding the rules for Medicaid. As you get older, you need to know how Medicaid works because there is a strong chance you could become reliant upon Medicaid to some day pay for your long term care or nursing home care. Most private insurance policies and Medicare will not cover custodial care provided by home care aides or in a nursing home, and this is the kind of care most people require. Because of the coverage limitations associated with other types of insurance, qualifying for Medicaid could be your only option for getting your care costs paid for, other than paying out of pocket. 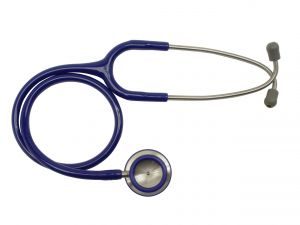 There are strict rules for obtaining Medicaid benefits, and Mark S. Eghrari & Associates PLLC can explain to you how you can qualify for benefits and what the requirements are for getting Medicaid to cover your care costs. It is important that you meed with a Medicaid planning attorney to ensure that you will be able to qualify for Medicaid coverage if you need it, without having to first lose your live savings just to be able to get access to means-tested benefits.

It is also important that you meet with an attorney on a regular basis to understand any changes to the Medicaid program that could potentially impact your eligibility for benefits. Medicaid reforms are currently being considered by the federal government that could have an impact on how this program operates. Mark S. Eghrari & Associates PLLC can explain to you what changes, if any, are made to Medicaid and can explain how any legal changes could affect your rights.

Medicaid is funded by a federal / state partnership. Under the current Medicaid system, the federal government will provide funding to the states to help cover the costs associated with paying for care for all eligible Medicaid beneficiaries. As the number of beneficiaries in the program expands and as care costs rise, the federal government provides more money to the states to meet the growing needs of residents to obtain healthcare through this means-tested government program.

However, as the Motley Fool explains, health care reform proposals could involve changes to the way in which the federal government provides funding to state Medicaid programs. In the version of healthcare reform passed in the U.S. House of Representatives, Medicaid’s funding structure would be changed. Instead of the federal government continuing to provide funding as it does now, the government would provide funding based on a per capita basis, with a set amount of funding per enrollee. The funding amounts would be calculated based on a capped growth rate.

As much as $370 billion in expenditures could be shifted to the states under the healthcare reform proposals, and if states cannot afford to pick up the extra costs, it is possible that the states would not have any choice but to cut the benefits that they currently provide.

Medicaid currently spends 30 percent of the program’s total budget on long term care costs and on nursing home care costs. If the Medicaid program ends up being forced to cut benefits because there is not as much federal funding being provided, there is a possibility that states could become less generous in the long-term care or nursing home care benefits it provides or that the states could make qualifying for Medicaid coverage harder. You will need to plan ahead and prepare for these possibilities if healthcare reform passes so you can make sure you still get the care you need.

Getting Help from Hauppauge Medicaid Attorneys

Hauppauge Medicaid attorneys at Mark S. Eghrari & Associates PLLC can provide invaluable advice on all legal issues related to Medicaid. Our legal team knows the laws on the Medicaid program and will help you to work within the legal system to try to ensure that you can get the coverage you need, when you need it, without putting your financial security and legacy at risk.

To find out more about the ways in which our legal team helps you with legal issues related to Medicaid coverage, give us a call at (631) 265-0599 or contact us online today. You can also join us for a free seminar to learn about the Medicaid program and how it can benefit you.