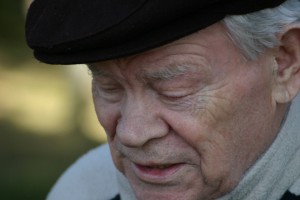 Elder abuse has serious consequences and it  essential that states do everything they can to prevent it. Unfortunately, in New York, regulators may be doing little to keep nursing home residents safe.

A Hauppauge elder abuse lawyer can provide assistance to victims of abuse and to their families. When you want to hold a nursing home accountable for harm, our legal team is ready to help. Private civil actions may be an especially important deterrent in situations where state regulators are not doing enough to force nursing homes to provide for seniors, so give us a call today so we can help you make a claim.

Nursing homes are supposed to provide appropriate care for seniors and should face serious consequences if they fail to live up to their important obligations. Unfortunately, a recent article from the Buffalo News indicates that regulators may not be doing their jobs very effectively to protect seniors and hold nursing homes accountable for failures.

According to the New York State Comptroller: “Health regulators have been lax when it comes to assessing fines against nursing homes where patient care and safety problems have been identified, including where known violations “escalated into more serious problems with limited consequences.’”

Unfortunately, regulators may not have been living up to their responsibilities to ensure facilities are providing an acceptable, safe environment. The Department of Health has reportedly taken an average of four years to impose fines against a nursing home after a problem or deficiency is found at the facility. By comparison, in 2007, fines were generally levied against nursing homes within six months of the time when problems were identified. In some cases now, fines are not even being issued at all– even when problems are clearly identified.

Within Erie County, for example, there were 87 major deficiencies found among some of the 43 nursing homes located within the county. Yet, despite the serious problems with the nursing homes, there were no financial penalties levied against any of the homes in question. Similar results would likely be found in other counties if a comptroller audit was performed there to determine whether nursing homes were being appropriately penalized for failures to provide for patients.

The Department of Health has authority to levy fines of as much as $10,000 against repeat violators when there are problems. Instead of acting on this authority, however, the Department of Health is reportedly choosing not to levy fines at all for certain categories of violations. The categories where it has decided not to enforce violations include categories that account for up to 85 percent of the problems that exist within New York nursing homes.

Unfortunately, when regulators fail to ensure nursing homes are providing appropriate care, seniors can suffer detrimental harm. It is far better for nursing homes to take corrective action before a senior gets hurt, and it is far better for nursing care facilities to know they will be held to high standards so they do not allow unsafe conditions to persist that could result in elder abuse, neglect, or other causes of serious harm to residents.

How a NY Elder Abuse Lawyer Can Help

A Hauppauge elder abuse attorney can help you to understand your rights and protect yourself or your family member who is entering a nursing home. If you suspect elder abuse has occurred, an attorney can also provide advice and assistance with conducting an investigation, reporting the abuse, and pursuing a claim for damages.

Give us a call at (631) 265-0599 or contact us online to learn more about how an experienced lawyer can help you.  You can also find out more about planning for nursing home care by downloading our free estate planning checklist.

What Are Some Problems That Can Arise During Probate?
Next Post: What Types of Benefits are Available for Long Island Veterans?